Which is better: After Effects or Motion? 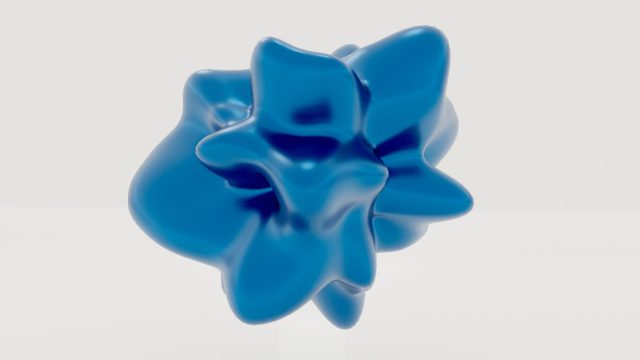 Which is better, After Effects or Motion?

This is something a lot of folks have asked about, so I thought I'd answer this question directly with my personal opinion:

After Effects is much better than Motion. It's a lot more powerful and is considered to be the industry standard in motion graphics.

It also costs a lot more and isn't as compatible with Final Cut Pro as Motion is.

Am I switching to After Effects from Motion? No, I'm not.

Motion is excellent for my needs, so it's my tool of choice for motion graphics. I don't need all the features of After Effects, and I don't want to pay the higher price.

But there's more to this comparison...

I'm saying all of this even though I've only used After Effects for a few projects, and I'm far more experienced with Motion.

My last experience using After Effects was several years ago and only on a handful of simple projects -- I was learning the application.

Compare that limited After Effects experience with my Apple Motion experience, where I regularly spend 40+ hours per week working in Motion, making Final Cut Pro themes, templates, and other projects.

I periodically live in Motion for weeks on end. I'm very comfortable with it, and frankly I love it.

(And I'm still shocked that it's only a $50 application, considering everything it can do.)

The only way to purchase current versions of After Effects is through Adobe's Creative Cloud subscription offerings. And it looks to me like the lowest-priced way to get it is stand-alone for about $21 per month (assuming you get their annual plan).

Compare that to Apple Motion which is about $50 on the Mac app store (a one-time purchase), and so far, updates have been free (though I expect that could change at some point in the future).

That's a significant difference in price, but it doesn't really seem fair to me to compare the prices of the two applications, because their capabilities are so different.

Motion is a great motion graphics application. It's tempting to call it "entry-level" because the price is so low, but that's not accurate because its capabilities are far beyond entry-level.

If you want to learn the fundamentals of motion graphics, the $50 price point is a much lower barrier-to-entry than an Adobe Creative Cloud subscription to After Effects.

Also, if you're not someone who makes a living as a motion graphics designer, then Motion's price is a good option because you're possibly not thinking about return-on-investment with such a low price point.

However, if I were exclusively a motion graphics designer as my profession, I would likely be using After Effects.

After Effects vs. Motion Capabilities

When it comes to comparing the capabilities of Apple Motion and After Effects, again this seems like an unfair comparison to me.

As far as I know, After Effects can do nearly everything that Motion can do and a lot more.

The one advantage that Motion has here is that we can use Motion to create templates and themes that are readily available from within the Titles and Generators Browser inside Final Cut Pro.

But how much of a benefit is this really? It's convenient, but is it a significant benefit? I don't think so. It's not a super-complex thing to open a separate application and create a project outside of Final Cut Pro.

It's convenient but not a compelling case for Motion over After Effects, in my opinion.

What can After Effects do that Motion can't?

The list is long, but as a powerful example, take a look at the new "Content Aware Fill" option in After Effects that Adobe just announced.

We can't do that in Motion.

Additionally, After Effects comes with Cinema 4D Lite, which gives you the ability to work with true 3D in your projects (although, if you're wanting to do a lot of 3D work, then an application devoted to 3D might be a better option - Blender is a good free open source 3D application for this.)

And After Effects is available on both Mac and Windows platforms, whereas Motion is Mac-only.

Is Motion the right choice for you?

As I mentioned earlier, for me, Motion is the right choice because of the low price and because it does everything I need it to do.

Does that mean it's the right choice for you? Of course not.

If a significant amount of your work is motion graphics-related, and especially if you need to collaborate with other Adobe software users, then it might make sense for you to invest in the more expensive and more powerful After Effects.

I've communicated with a lot of Izzy Video subscribers, so I'm aware that many people are video hobbyists, or occasional professionals who only sometimes need to create motion graphics projects.

Maybe you do most of your video work in Final Cut Pro, but you need to create an Intro or opening sequence for your video project. Motion is a great tool for that.

Or maybe you want to create a custom lower thirds element for your videos. Again, Motion is a great tool for that.

Because of the low price point and the capabilities of Motion, I think it's a great option for many video creators.

If you ever outgrow Motion, there's always After Effects as an option.

I haven't reached that point yet personally, and I'm not sure I ever will.

Will you reach that point? It really depends on the kind of work you do.