How to Boost Your Videos with Nat Sound 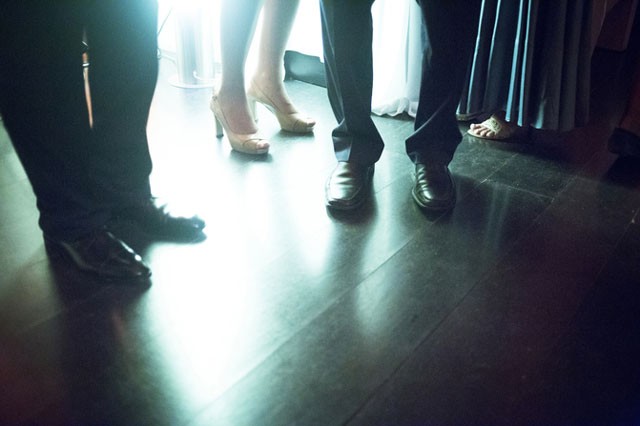 Nat sound (natural sound) is missing from too many videos.

Since I posted the Small Stories Manifesto last week, I've been receiving lots of links to videos (thank you!). And I've watched many of them.

I immediately realized something crucial was missing from most of the videos. Almost none of the videos included nat sound.

The videos had plenty of other useful elements.

A variety of shots? Check. Beautiful visuals? Check. A delightful song playing in the background? Check.

I blame myself. I haven't emphasized it enough. Scratch that. I haven't talked about nat sound at all, so it's time to fix that.

Let's start with the fundamentals...

What is "nat sound"?

Nat sound (short for natural sound) is the audio portion of the video image we're seeing on screen. For example, if we see a close-up of feet walking on a tile floor, the nat sound is the sound of the footsteps on the tile.

If we see a close-up of a bee landing on a flower, the nat sound is the buzzing.

It's simple, but it's also very powerful.

The great thing about nat sound is that it makes an image more real for the viewer. It helps "put the viewer there".

And that's exactly what our goal is when we make videos. We want viewers to experience the video fully, and nat sound is a big (huge!) part of that.

When it's missing, it's pretty obvious. As viewers, we expect to hear what we're seeing on screen.

(And no, we don't expect beautiful music instead of a baby's laugh. More on this shortly...)

If you choose not to let the viewer hear those sounds, it creates distance between the viewer and the video.

That's generally not what we want.

We want the viewer to feel like they're there, so we should include nat sound in our videos.

The First Rule of Nat Sound

Of course you have to capture the sound before you can use it, so that brings us to the first rule of nat sound:

Always record audio along with your video.

What if the shot is B-roll and you think it will be used only as a cutaway? Should you record audio then? Yes, absolutely. Always record audio along with your video.

B-roll with nat sound is better than B-roll without it.

What if you don't have a separate audio person?

The good news is that you don't need a separate audio person to capture nat sound. The solution is simple. Attach a shotgun mic to your video camera and record high quality audio along with your video. When I'm shooting family video, event video, or any kind of "run and gun" content, this is what I do.

Actively look for sounds to include in your video.

We should do the same thing for nat sound.

It's a good idea to make an effort -- to go out of your way -- to capture interesting nat sound. This might mean getting the mic (and therefore the camera) up close to the sound-making subject.

Talk to people while they're doing things.

Yes, it's useful to record interviews of people in a controlled (often indoor) environment where you can shape the lighting and eliminate unwanted audio.

But you can also record interviews of people as they do things...anywhere, indoors or outdoors.

If someone is grooming their puppy, talk to them as you're shooting video of them, and you'll get their response along with the associated nat sound.

If they can talk to you while they do what they're doing, you'll likely get rich sound bites from it.

It seems like I usually want a highly directional (super cardioid) microphone. I've used a Sennheiser ME-66 mic for years.

But one time I was listening to a shot I captured, and I found myself wishing I picked up more of the off-mic sounds, so I purchased a Sennheiser ME-64, which is less directional than the ME-66, and I've been happily using it on many shoots since. It's still a cardioid mic; it's just not super-cardioid.

Is it always the best mic for the job? Of course not, but now I have both mic options and I can choose whichever one I need for the shot.

What about just playing a song instead of using nat sound? Yes, music can be a good idea -- but not instead of nat sound. Use both. They work well together.

It's usually best to include music at a low level, while the nat sound is at a higher level. And if there's a voice-over for narration, that should be at an even higher level.

For an interesting challenge, try creating the video without any music at all. You'll likely find yourself using plenty of nat sound then.

Your viewers might not even notice the nat sound when it's there. They almost certainly won't realize that the nat sound is making the video more realistic for them.

Did you notice the nat sound in the Small Story Manifesto demo video? It might be worth watching the video again, listening closely for nat sound specifically. You'll even hear the sounds of the Rubik's Cube turning in Aiden's hands.

In the end, nat sound will improve your video and make it more believable for your viewers.

It's worth taking the time to capture it.