"What camera should I get?" 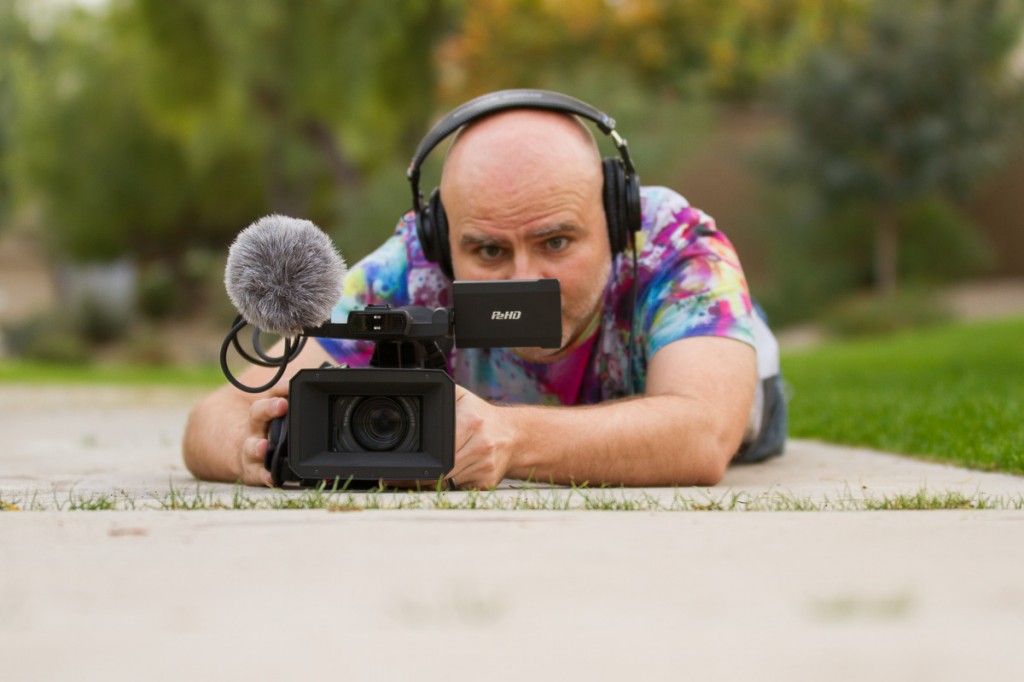 "What camera should I get?"

This is one of the most common questions people ask me, and unfortunately it’s nearly impossible for me to answer because there are so many variables that go into the decision-making process.

Instead of making any recommendations for specific cameras, I’ll share some general things to consider when you’re trying to decide what camera you should get for shooting video.

The categories of cameras I’ll discuss here are:

There are plenty more categories of video cameras out there, of course, but these are the main ones I’ll discuss here.

Personally, I like to start comparing by asking some questions. Here are some good questions to consider as you’re weighing the options:

Do you need to zoom?

If you’re a parent at the back of a school audience, trying to capture decent footage of your child performing in a school play, zooming helps.

One of the big advantages of a traditional camcorder (consumer or prosumer) is they usually have very good optical zooms. You can be far from the action but zoom in close to capture the details on video.

Smartphones and POV cameras tend to have horrible zoom options. For example, a smartphone usually lets you zoom digitally, but it’s not a real zoom. You’re just magnifying pixels, which can result in poor quality footage.

A point-and-shoot camera can sometimes zoom, but usually not quite as far as a traditional camcorder.

A DSLR camera can zoom if you attach a telephoto lens. That said, the lens can be big and heavy, depending on the distance you need to zoom. Also, you might need to change lenses to change the different styles of shots you want.

A DSLR image sensor is usually larger than a camcorder sensor, so it takes a much bigger lens to get the same level of zoom.

Personally I like the camcorder option the best when I know I’ll be doing a lot of zooming.

Is good audio important for the kind of material you’ll be shooting? How important?

Some types of cameras capture better audio than others. For example, if the camera has a connector that allows you to attach an external microphone, then your audio potential improves.

Prosumer/professional camcorders usually have the best options because they come with XLR connectors built in. These professional audio connectors allow you to attach very high quality, external microphones.

A smartphone camera may not come with XLR connectors built-in, but you can get external adapters that give you the XLR connections.

Some POV cameras have external mic inputs, but many don’t. The same goes for DSLR and point-and-shoot cameras; some have mic inputs and many don’t.

In addition to mic inputs, the technology for capturing audio can differ dramatically between cameras. When someone says to me their camera can capture 16 bit, 48 kHz audio, that doesn’t mean a lot to me.

It’s kind of like saying “My camera shoots 1080p, 30 frames per second.” There can be an enormous quality difference between 1080p video images.

The same thing goes for audio. The resulting audio might be 16 bit, 48 kHz, but the quality differences can be enormous.

Personally my experience is that prosumer/professional camcorders generally have the best built-in audio capabilities.

(That said, even excellent camcorders can be outperformed by good, stand-alone digital audio recorders.)

Audio is important for video, so it's definitely something to consider.

How small does the camera need to be?

Is the size of the camera important to you?

For example, if my goal is to shoot casual video of my family’s adventures around town, it probably doesn’t make sense for me to carry my big, professional camcorder around.

Instead, I might carry a small consumer camcorder, a point-and-shoot, a DSLR, or just my smartphone.

My own personal preference is to avoid using my smartphone for casual video, unless it’s the only camera I have with me. The form factor of a smartphone isn’t my favorite: It’s hard to hold without dropping it.

Instead, I usually wear a small pouch on my belt with a point-and-shoot video camera inside. It’s small, easy to access, and great for shooting casual video clips of my family’s adventures.

Do you also need to shoot still photos?

Many cameras can shoot still photos, but some are better at it than others. The king for this would be the DSLR.

Most DSLR cameras are primarily for still photography, so if you plan on shooting lots of still photos, these are great for the job.

That said, although I love photography, most of my shooting is video.

I do want to reiterate that many cameras can shoot a still photo if they need to, but usually not as well as a DSLR (yet).

Do you need a “cinematic” image?

If you’re shooting something where you need (or want) a cinematic image, then out of the camera types I’m discussing here, the DSLR would prevail.

The other cameras have small sensors, so it’s hard to get a high quality, shallow depth of field.

The ability to control depth of field is helpful for creating a “cinematic” image.

I should mention that if cinematic imagery is your primary goal, then there’s a whole category of cinematic cameras out there for you. I haven’t been discussing the cinema camera category in this article, but these cameras are designed for cinematic use.

Typically they have a single, large sensor. They allow you to swap lenses, attach external mics, and shoot with a wider dynamic range. They’re a great option for shooting music videos, commercials, short films, etc.

Also, I should mention that technology is coming in the (near?) future that might allow us to shoot shallow depth of field video with small sensor cameras (such as a smartphone).

These are just some of the questions to consider. There are plenty other questions you could think about, but I think these are a good place to start.

And frankly it’s one of the reasons I use more than one camera.

For casual family video, I use a DSLR or a point-and-shoot camera.

As a last resort, I always have my smartphone with me (though I usually have at least the point-and-shoot).

The question “What camera should I get?” isn’t an easy one to answer. Different cameras are good for different situations, so it all depends on what you’ll be using them for.

What other questions would you add to this list? What are your thoughts? Feel free to add your comments below...